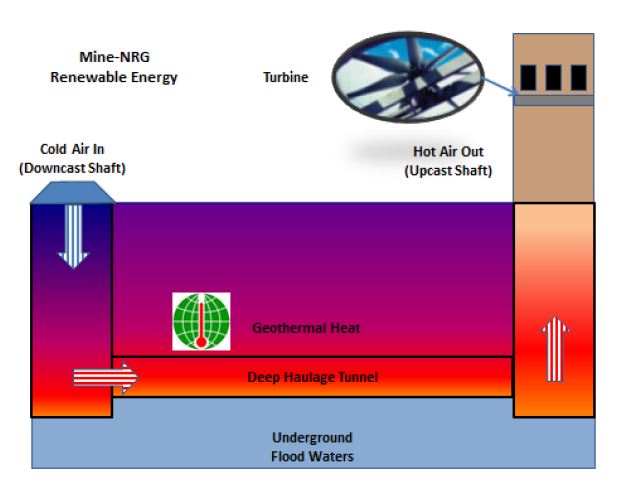 Electricity
Mine-NRG uses the existing infrastructure of underground mines to produce a continuous flow of air, which drives a turbine to produce electricity. Cold air descends into the mine, is warmed within the infrastructure and then channeled to an exhaust shaft, producing "Geothermal Wind Power." 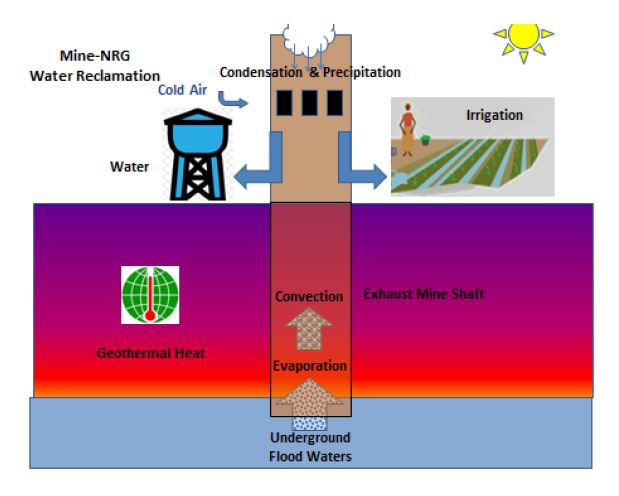 Water Recovery
Saturated air rises in the exhaust shaft and condenses at the surface level. H2O is recovered for use as potable water or for irrigation purposes.